Bookbag Santa dancers from our 2010 trip 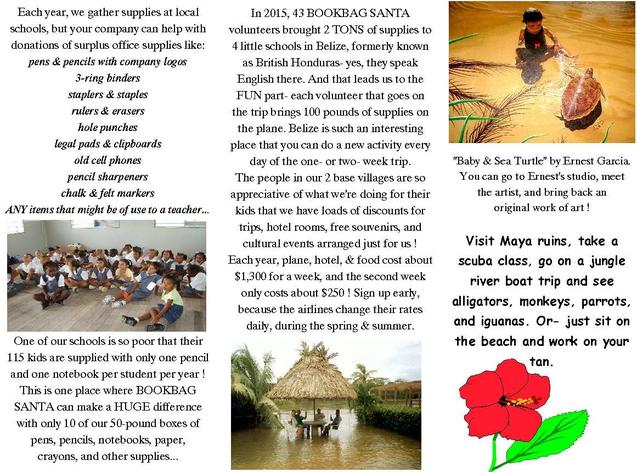 Over 30 years ago, the germ of an idea occurred to the founder & president of Bookbag Santa, Gary Hunt. A former Peace Corps volunteer in West Africa, and a long-time volunteer at Roanoke's Ronald McDonald House, Gary was appalled at the waste that happens at every school in America at the end of the school year. What if all the pens, pencils, rulers, and paper that get thrown out could be put in a collection box, instead of the trash...


Then, the good stuff could be donated to poor kids ? It's as simple as that... plus, don't forget the opportunity to join a group of 20 people, each of whom brings 100 pounds of supplies on the plane. The people in the villages that we go to, know that the reason we're there is because we're doing something for their kids... and they show their appreciation with discounts, cheap rates at the hotel, and invitations to events like dinner at the home of the school principal...


Bookbag Santa not only takes supplies to 3 schools in Belize, but we donate supplies to churches and other groups who have their own  projects in Mexico, Haiti,  Sudan,  El Salvador - and the U.S. Supplies have gone to local charities in Roanoke, Virginia, the Military Family Support Group, and Native American schools in South Dakota. 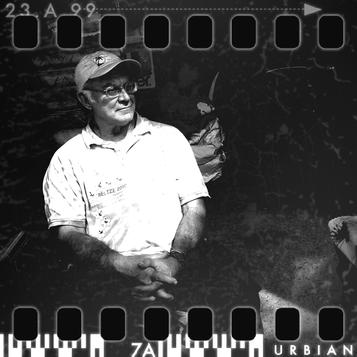 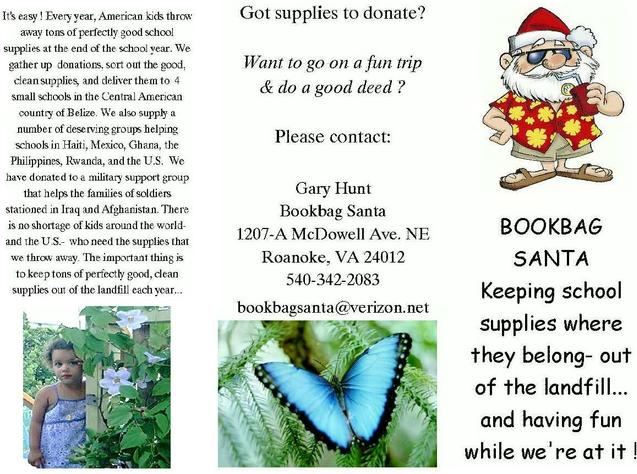