Voting was held on Saturday, October 26, 2013 and thanks to all that voted we won  a much needed vehicle.

Bookbag Santa founder, Gary Hunt, at Haley Toyota in Roanoke, VA to receive the van. Hunt says it will be used to transport school supplies collected around the valley. The supplies are then recycled to students in Central America, and right here in the U.S.

The new vehicle with the promotional graphics complete! 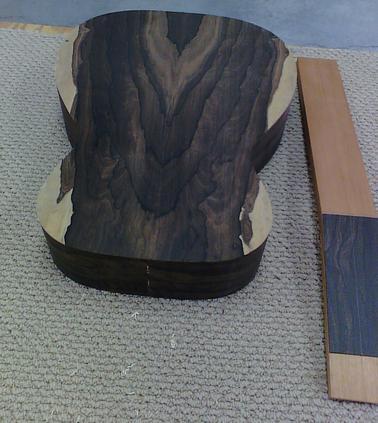 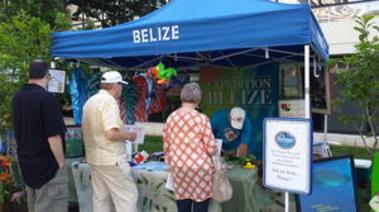 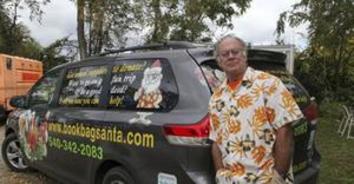 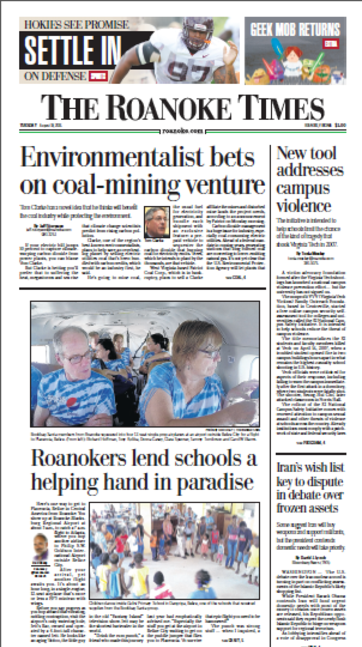 In 2013, a really good Blues/Folk singer/guitarist/writer named Mike Franke came on the trip. We'd all like to have him back, again.

In 2014, John Dale was our musician. actually has come on the trip every year since 2011, but has only performed once. He always has his guitar, pen, & paper with him, though...

The McKenzies came with us in 2015. They know so much music, that they had a different song list & style for each of the 5 nights that they played ! Here is a link to the McKenzies music website > McKenziemusic.com

The Bookbag Santa theme song, written by Ron Bertrand. It was recorded live at DeTatch, next to the hotel, in Placencia,  Belize. You can tell that everybody in the crowd was enjoying the music, Belikin Beer, and coconut rum... 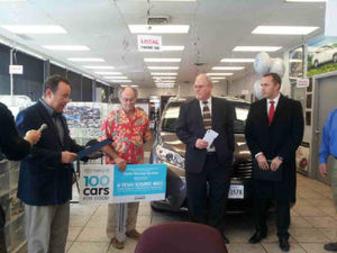 Roanoke Local ColorsFestival
It's a multi-cultural extravaganza in Roanoke's Elmwood Park ! 3rd Saturday in May

Earth Day - always around the 3rd Saturday in April. We'll be set up in Grandin village, all day!

Annual Bookbag Santa trip to Belize
Always the last week of July to the First or second week of August (Saturday to Monday, 9 or 16 days)Bookbag Santa not only takes supplies to 3 schools in Belize, but we donate supplies to churches and other groups who have their own projects in Mexico, Haiti, Sudan, el Salvador, Ghana, Rwanda, the Philippines- and the U.S. ! Supplies have gone to local charities in Roanoke, Virginia, the Military Family Support Group, and Native American schools in South Dakota. 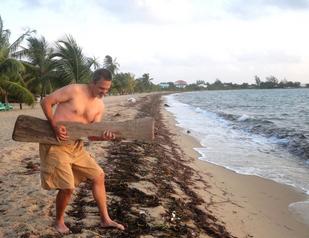 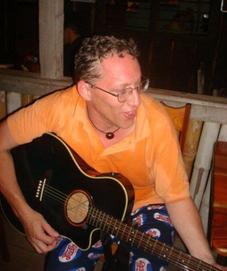 Larry Sakayama and the Blue Ridge Luthiers have been working on a BOOKBAG SANTA guitar to be auctioned off as a fund-raiser, with a projected finish by Christmas, 2015. It's being made with wood brought back from trips to Belize. The back & sides are made from Ziricote, a beautifully figured wood with grains that depict landscapes & mountains...  So, wood from Belize will be used to raise funds to help kids in Belize. Full circle... pretty neat, eh ?

In 2007, and again in 2009, Todd Basham & Michelle Belton came to Belize and sang some of their original & Country covers. They were so popular, there were fans from their '07 trip waiting for them!

In 2009, Ron Kale, a guitarist who does a music ministry in Roanoke, came along too. He was a guest speaker at St. John's Church on Sunday, and played some of his Christian songs for the congregation.

In 2010, Ron Bertrand was our trip musician, joining us from the Chicago area. He is a "Trop-Rock" musician who lived in Belize for a while. Most of his songs mention Belize, and evoke some of the local color.